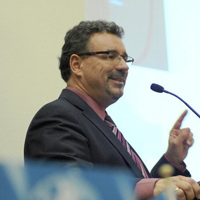 After finalizing his college degree in the early 1980s, Luc started his logistics career as a shipping clerk. Later, he developed his skills in project shipment and chartering while working for multiple breakbulk shipping lines. He remained active in the shipping industry until 1993, when he was invited to become director of a well-known forwarding company in Antwerp, which was founded in 1918 as a part of the Van Uden Group in Rotterdam.

After realizing a management buyout in 1993, Luc obtained ownership of a second Antwerp forwarding company with a 50 years logistic tradition in the local Antwerp market.

Five years later, Luc and his partners founded the Atlas Logistic Network, which he manages full-time since the semi-retirement of Gijs Pleyte in 2013. In 2014, Luc created the Alfa Logistics Family, Atlas’ non-exclusive counterpart. 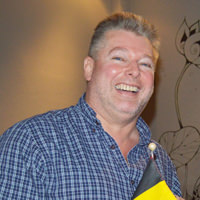 Geert was born in Belgium, where he started his career as an assistant line manager and line manager for Intership Europe. Later, he moved to Alexandria, Egypt to become a representative for the same company.  After 4 years of looking at pyramids, Geert headed towards Dubai, where he set up the Asian agency network for a local NVOCC (North Africa Shipping Co) focusing on transport to Libya. 3 years later, he joined Triangle Shipping (a division of Barwil) as a branch manager.

Another 2 years later, Geert became business development manager for Barwil Vietnam.  He fell in love with the country, and after a while founded his own freight forwarding company.

In 2015, he joined the Alfa team as VP Asia. Today he, still resides in Vietnam, where he operates from Ho Chi Minh City. 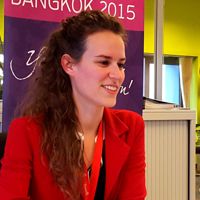 Lyanne started her Executive Management studies at Karel de Grote Hogeschool in Antwerp. Since this training truly focused on organization and management, she developed a real eye for profit, business processes and communication management in different languages.

During her senior year, Lyanne went to Valencia, where she followed all of her classes in Spanish. Of course, this allowed her to improve her Spanish skills significantly. After graduating, she first did an internship in a qualified hospital in Belgium, where she worked as a supervisor on the quality and accreditation department. Here, she learned to manage and train teams in executing new procedures and applications.

Upon joining the Alfa family, she further developed her accounting proficiency and got to know all the ins and outs of the network. Besides business development, she is now also responsible for accountancy and project management. 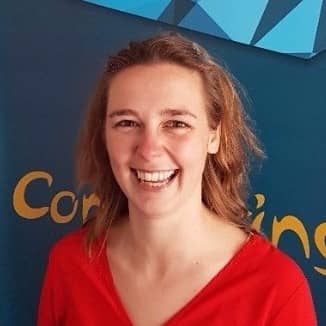 After a one-year education in New Zealand, Ruth did a 3-year degree in logistics management at the Karel De Grote Hogeschool in Antwerp. After this, she started her logistics career at Atlantic Container Line, a specialized transatlantic carrier of containers, project and oversized cargo. During these 5 years, she had the opportunity to really discover all aspects and challenges of the import and export sector.

In 2017, Ruth switched to the Alfa Logistics Family to become a network coordinator, which so far has been an enriching experience:

“Working together with members from all over the globe has been wonderful. I have been fortunate to have met many of our members in person during our annual conferences, which I believe is one of the key assets of Alfa.  I’m convinced that our team has the capability to strengthen and enlarge our logistics network by constantly looking for new and better benefits for all of our members.” 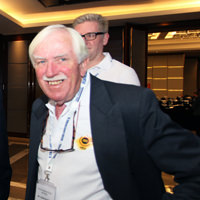 After his education at the Rotterdam Harbor and Transport College, Gijs worked for various shipping companies stationed in Brazil, Central America and the USA.  In the early 90s, Gijs joined a freight forwarding company in Rotterdam focusing on building an international network of partners. For several years, he also was CEO of the Malaysian subsidiaries.

Later, Gijs joined one of the largest Dutch trading houses with production units in China, where he had full responsibility over their entire logistic activities. This included QC and on time delivery for their European distribution centers. During this period, he also spent several years in Shanghai.

In 2006,  Gijs joined the Atlas Logistic Network as their General Manager, and in 2014 started working for the Alfa Logistics Family as a Senior Advisor and Insurance Specialist. Although, semi-retired, he still serves the same role today.

Enjoy our unique credit risk insurance, which protects your business against financial setbacks.

Get to know your fellow Alfa family members and do business in a relaxed atmosphere.

Contribute to our network and get return on investment through our incentive program.

Get access to our very own house b/l that covers all the important international filing systems.