Copenhagen-based maritime consultancy Sea-Intelligence has analysed the capacity shortages in maritime transport that are leading to record margins. As there is no global container shipping boom, the company attributes the current shortage of vessel capacity (and of empty containers) to supply-side effects.

As more capacity is currently deployed than ever before, the shortage must in turn be caused by poor utilisation of the deployed assets, specifically due to the unprecedented levels of congestion and the resulting vessel delays. 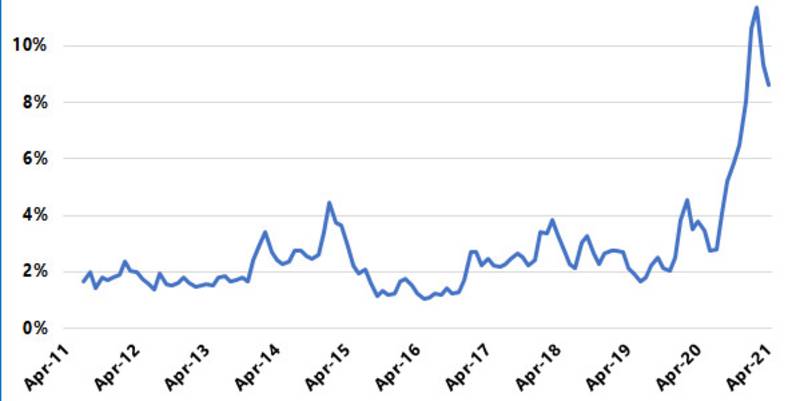 To investigate how much capacity the vessel delays effectively are removing from the market, Sea-Intelligence developed a model on the time that roundtrips take and the number of additional vessels needed to compensate for the delay-induced loss of capacity.

CEO Alan Murhphy said: “Using data from Sea-Intelligence’s Global Liner Performance (GLP) and Trade Capacity Outlook (TCO) databases, we found that while 2-4% of capacity is usually “lost” to vessels delays, approximately 25% of the capacity deployed on transpacific routes in January-April 2021 has been soaked up by vessel delays, far outpacing the 17% soaked up by the 2015 US West Coast labour dispute.”

He continued: “While Asia-Europe has seen less dramatic congestion and delays, a full 11% of the capacity deployed in the first four months of 2021 was soaked up by vessel delays. From a global perspective, at the height of the congestion in February 2021, almost 12% of global container capacity was absorbed by vessel delays and in April this was still at 8.6%.”

In nominal terms, this means that in February 2021, a full 2.8 million teu of nominal vessel capacity was absorbed due to vessel delays, and in April 2021 this has lessened slightly to 2.1 million teu. For comparison, the entire global fleet of megaships of 18,000 teu and above has a combined capacity of some 2.7 million teu. (cd)