Containers don’t lie, what about the carriers post covid-19 recovery

Containers don’t lie, what about the carriers post covid-19 recovery

Uncertainty travels around through the shipping market

“Uncertainty” was a word repeated throughout a maritime trade forecast Tuesday. Judah Levine, the research lead for Freightos, said the overall sentiment throughout the maritime industry is one of uncertainty as the coronavirus pandemic lingers.

“If consumer behaviour is uncertain, then businesses are uncertain when to order and then carriers are uncertain about the level of capacity that needs to be in the market in order to manage the businesses,” Levine said during the MarineTraffic-hosted webinar, “Containers Don’t Lie: Global Trade Forecast.”

The title comes from a 2019 book, “Trade War: Containers Don’t Lie, Navigating the Bluster,” by Lori Ann LaRocco, the senior editor of guests for CNBC business news, a FreightWaves contributor and a speaker during the webinar along with Gene Seroka, executive director of the Port of Los Angeles; Lars Ostergaard Nielsen, Maersk’s regional CEO of Latin America and the Caribbean; and Jan Hoffmann, chief of the trade logistics branch for the United Nations Conference on Trade and Development.

“Generally we look at ocean rates for a good reflection of the demand for goods out of China. As we’ll see in the current climate, it can also reflect the supply side of ocean logistics or the level of ocean capacity that’s available in the market,” Levine explained. “Starting in January, container rates increased, showing demand was high pre-Chinese New Year as importers generally rush to get shipments out of China before factories shut down for the holiday week.

US economy shutting down in April saw rates levelling off

“Then the outbreak and shutdown hit in China and we see that in the rates plateauing and then falling as China was shut down and manufacturing or the supply of goods was disrupted or put on pause through February,” he said.

During the last two weeks of March, ocean rates rose by 15% as U.S. importers “were rushing to fulfil that pent-up demand of orders that they weren’t able to get out of China during the shutdown,” Levine said. “But into early April, as COVID-19 increasingly shut down the U.S. economy, we see that spike slow and then level off. And this is because as the U.S. itself began to be affected by the virus and shut down, U.S. importers started cancelling orders and not making new orders … as U.S. consumer demand was dropping fast.”

Ocean rates remained flat in April and climbed a bit in May, Levine said, “and so far in June rates have really spiked — more than 60% since the end of May. Rates are even higher than they were in the fall of 2018 and the lead-up to the introduction of tariffs in the trade war. This is all to say how really remarkable the situation is right now.”

He explained that “the reason that we’ve seen these elevated and level prices and now these spiking rates in June is that as demand for Chinese imports has dropped because of the shutdown in the U.S. and Europe, ocean carriers began cancelling — or blanking — a record number of sailings to reduce ocean freight capacity, match it with this low demand for freight in order to prevent losses as much as possible by the carriers by cutting their costs and also preserve revenue by keeping ocean prices from collapsing.

“These moves succeeded in keeping rates fairly stable in April and May as we’ve seen. But there has been a generally unexpected bump in demand since the start of this month,” Levine said. “This increase in demand met this already tight capacity to send rates really spiking.” 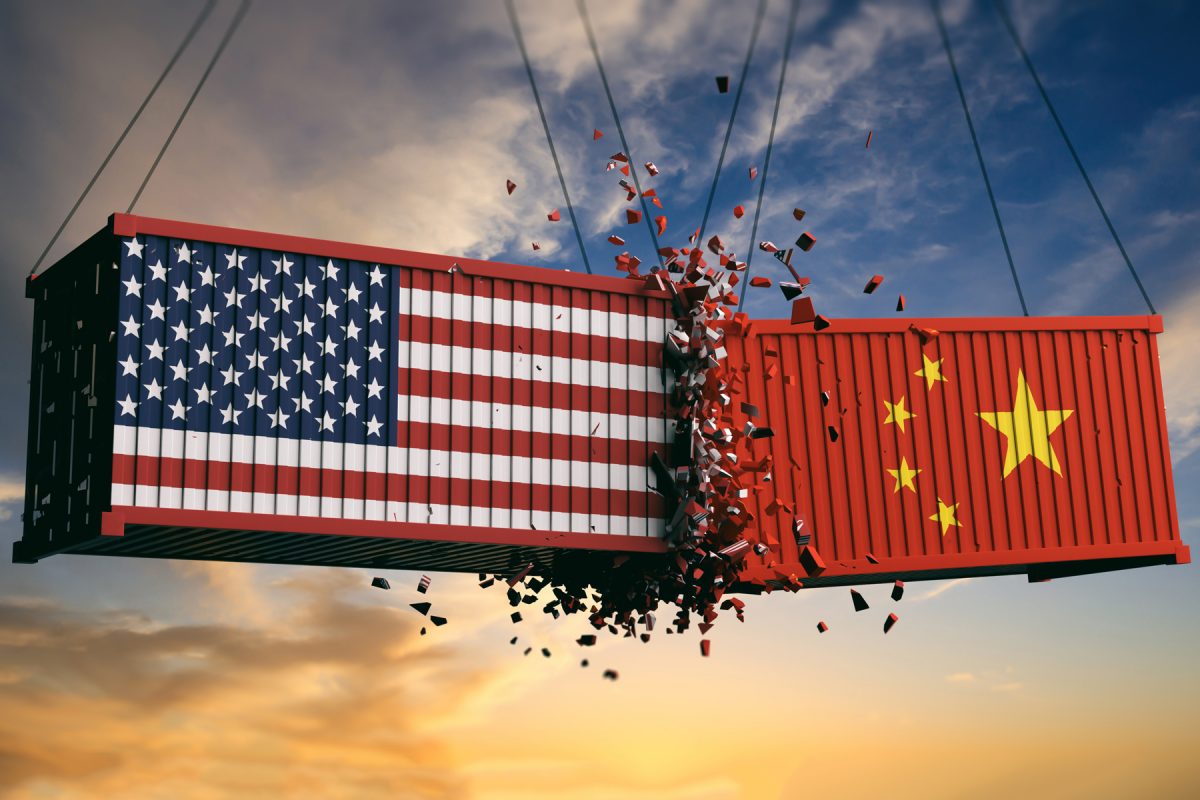 In May, 47 of 249 sailings from Asia to the United States were cancelled, he said. “We can infer that volumes in the month of May dropped about 20% year-on-year. For context, January through April overall was down 8% year-over-year. In June, we can also see a 15% reduction in capacity or restriction of capacity through cancelled sailings, which is significant.” Levine said only 26 July arrivals in the United States have been cancelled, compared to 105 for April, May and June.

“Using blankings as a window into the volumes carriers are expecting, we see perhaps a more optimistic outlook for the coming months than some of the other estimates. Carriers could be seeing this spike in June as a start of an extended rebound as economies are opening up in the U.S. and elsewhere. We’ve even seen some carriers reinstating some sailings that were canceled,” Levine said.

LaRocco was one of those with a less optimistic outlook. “I was on the phone all this morning trying to get us the latest information, and from what I’ve been told by those on the ground here in the United States that work with European distributors as well as Chinese is that they are still expecting outflow from China, for example, down 15 to 25% in terms of volume,” she said.

“I’ve also spoken with retailers, the intermediaries, who are telling me that as far as they’re looking at back to school, it’s much more essential products versus the nonessential products. You can really see that change and the shift if you will of the consumption of the consumer,” LaRocco said. “We are all looking at buying toilet paper, hand sanitizer, Lysol wipes.” She believes the “contraction that we are seeing in containers based on consumption will continue for at least the next several months or so.” Seroka said that is exactly what is happening in the marketplace today.

“We’ve had two bad shocks to the supply chain — one the ill-advised tariff policies of our administration in Washington with respect to the China trade war and then to add insult to injury has been the literal shuttering of the American economy in response to COVID-19,” he said.

“As we began to peak in the 2018 calendar year … we started to get hit by section tariffs that were implemented by the administration in Washington and we began to feel the effects throughout 2019. Importers began to run up inventories ahead of tariff milestones, and these tariffs that were put in place were paid for by no one else other than American companies importing goods from China,” Seroka said.

“At the same time these tariffs were being implemented, retaliatory tariffs were put in place by China, precipitating 14 consecutive months of export declines, everything from agricultural to heavy-duty manufacturing, including automotive and tiered suppliers, mainframe computer systems, and many other products.

“So what this trade policy did, quite simply, in the United States was increase imports, decrease exports and widen the trade gap with China — not an outcome that many would like to see in Washington. Then on the heels of that, which we saw in the fourth quarter of 2019, volume at the Port of Los Angeles dropped by more than 16% as a direct result of the trade war and now the outlook for the remainder of this year brings us back to prerecession levels,” he said. Seroka said it took the Port of LA a decade to get back to pre-2008 volumes and he expects another slow climb back after the trade war and COVID-19.

“But this will have a lasting effect and it’s my view that here in the United States and specifically Los Angeles, because we have a high China content in our book of business, we will permanently lose 15% of our imports that come through this gateway,” he said. 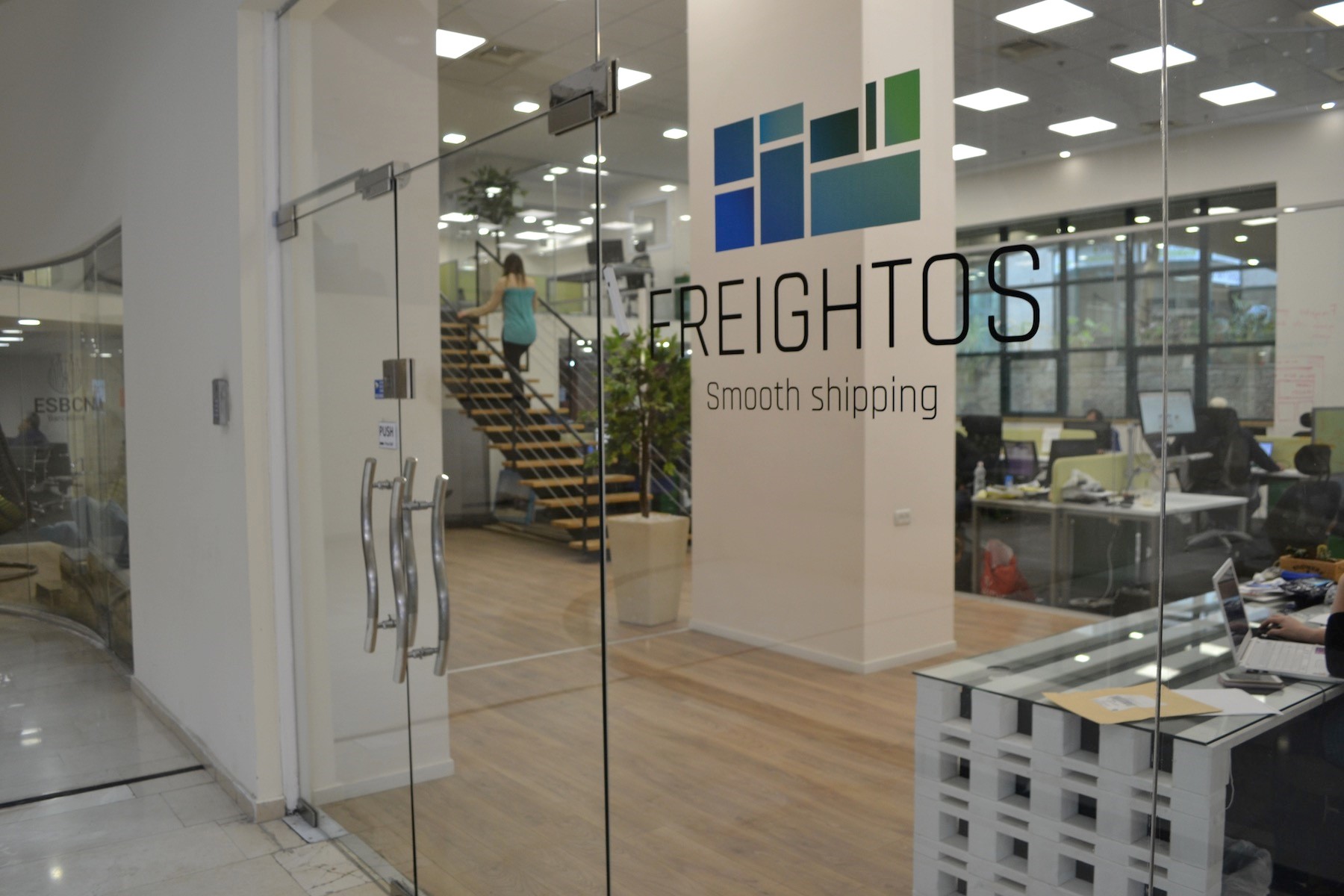 What about market leader Maersk with a 15-17% global share

“Uncertainty is really the take that we have on what’s going on right now. It is really very, very difficult even for a carrier our size to have a concrete certainty around what’s going to happen in the months ahead,” he said. “We have actually suspended our full-year guidance because we simply have so much uncertainty that we don’t feel we can have an accurate view on what’s ahead of us for 2020.”

Maersk did last week update its outlook for the second quarter, Nielsen said. “We are seeing volumes coming back a little bit stronger than what we had expected just a few months before. So we are now looking at a Q2 outlook where we see our volume being a little bit better than expected. … We’re probably looking at a shortfall to the tune of around 18% rather than what we had feared [of] 20 to 25%.

“Looking to Q3 and 4, we simply still have so much uncertainty,” he said. “We service around 15-17% of the global market, so we obviously get a lot of input from a large number of customers around the world, including the U.S.” Nielsen said none of the customers have been willing to provide Maersk with firm forecasts. “What we can say is things are certainly uncertain,” he said.