Unctad’s annual report on the state of the shipping industry is something of a Bible for the sector. There are many drivers of growth today; they’re counterpoised by numerous risks, however.

Every year Unctad gives its opinion on the state of the high-sea shipping industry. Its ‘Review of Maritime Transport 2021’ states that volumes declined less steeply in 2020 than had generally been expected, even in the face of measures taken to counter the outbreak of Covid-19. 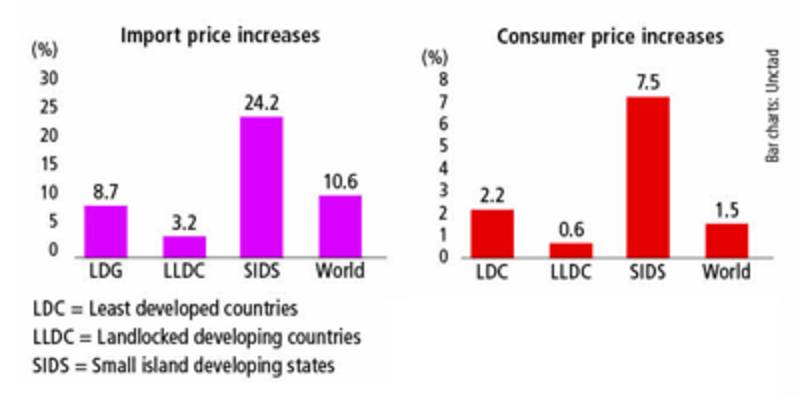 “The shock in the first half of 2020 resulted in maritime trade shrinking by 3.8%,” according to the report. In H2 / 2021, however, an asymmetrical recovery kicked in, and in Q3 / 2021 the volumes were back to where they were previously, both in the container trade segment as well as in the dry bulk sector. Container trades proved to be particularly tough; they only declined by 1.1% in the course of last year. The same can be said of global port throughput, which came to 815.6 million teu in 2020.

The overall global fleet of merchant vessels grew moderately in 2020, by 3% to approximately 98,800 ships, whilst freight rates improved strongly. Total maritime trade volumes came to about 10.65 billion t, around 3.8% less than in the previous year (11.08 billion t). Unctad also pointed to a major – but forgotten – unsolved problem. The latest estimate released by the International Chamber of Shipping (ICS) states that about 250,000 mariners remain ‘stranded’.

The report is optimistic for this year. “In 2021 maritime trade will probably grow by 4.3%, in step with the recovery of trade and of global production.” Unctad simulation models suggest that global import price levels could rise by as much as 11%, on average, as a result of high freight rates. These prices will have to be passed on to consumers, so a big wave of price increases is probably yet to come. It will have a knock-on effect and shrink industrial production. Questions remain.